ROCKET FROM THE CRYPT

Pledging to never play a venue with a stage, singer/guitarist John Reis formed San Diego‘s Rocket from the Crypt in the summer of 1990 after becoming disillusioned with his then-current hardcore punk band, Pitchfork. 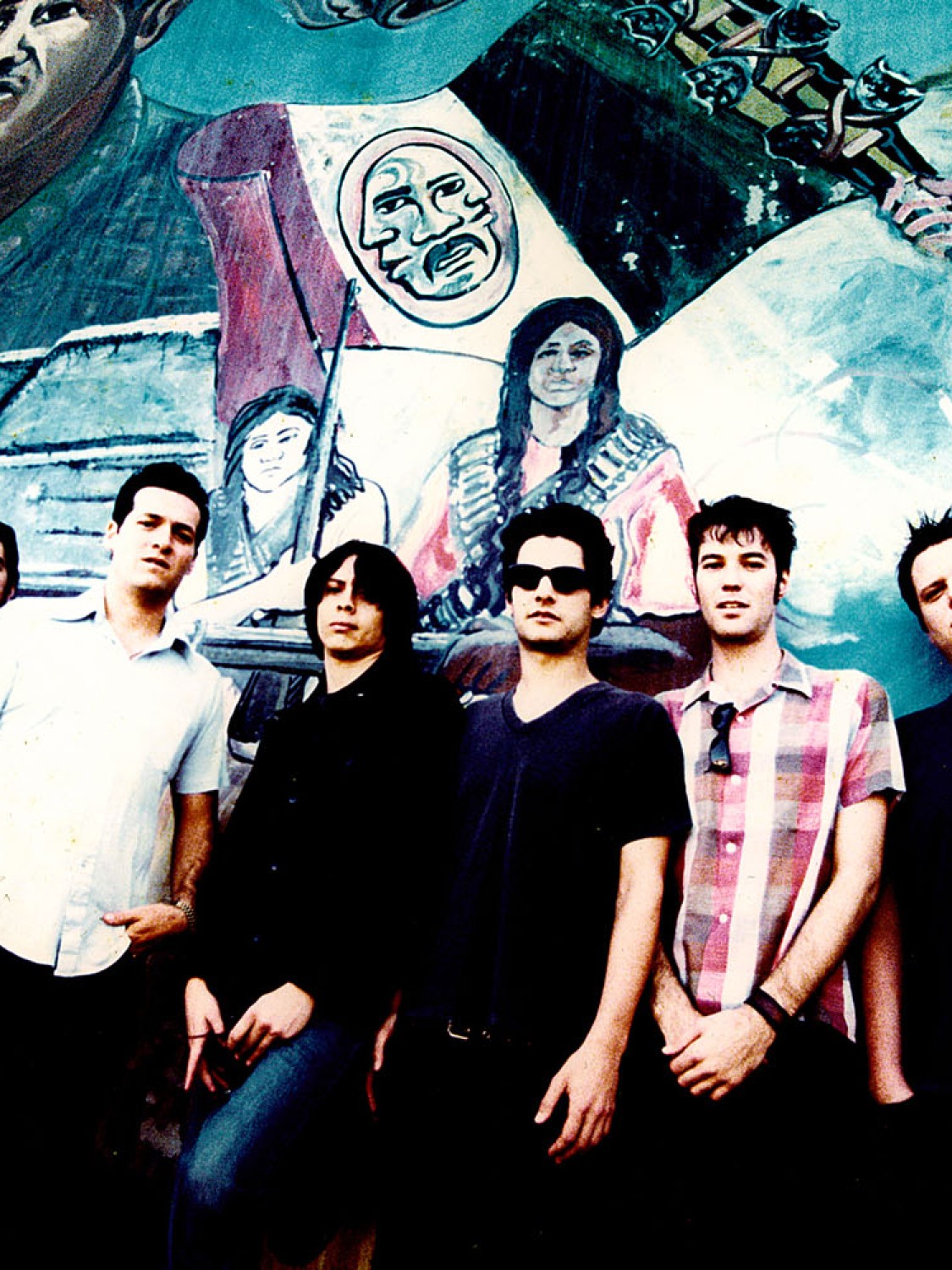 While the debut increased the band‘s profile, a lineup change ensued as Sean and Elaina left the San Diego area. Adam „Atom“ Willard climbed aboard as the band‘s new drummer, and one of Reis‘ drinking buddies, Paul „Apollo 9“ O‘Beirne, joined as saxophonist. After 1992‘s Circa: Now! was released on Cargo Records and experienced a good deal of underground success, a major-label bidding war broke out, resulting in Rocket from the Crypt‘s decision to join Interscope Records. Interscope then re-released Circa: Now! in 1993, and the single „Ditch Digger“ spent some time in MTV‘s Buzz Bin. Eventually, a sixth member — saxophonist Jason „JC 2000“ Crane — was added, and the band moved onward as a punky, horn-influenced outfit, releasing the 10“ record The State of Art Is on Fire in 1995. Rocket from the Crypt issued a total of three records that year, including the limited-edition Hot Charity LP and the band‘s most acclaimed album to date, Scream, Dracula, Scream. The album spawned three singles, including the international hit „On a Rope,“ which endeared Rocket from the Crypt to British audiences. RFTC followed in 1998, and Group Sounds was issued on the band‘s new label, Vagrant, in early 2001. Rocket from the Crypt proved to be a rock & roll machine throughout the early 2000s, their garage punk style as fresh as those following the punk revival trend. The members gradually began pursuing individual side projects, however, and 2002‘s Live from Camp X-Ray suffered accordingly, as the bandmates‘ alternate commitments prevented them from launching an effective tour. Three years later, Rocket from the Crypt disbanded after playing a farewell show on October 31, 2005. Vagrant documented the hometown gig by releasing the live album R.I.P. in February 2008.
In 2013, Rocket from the Crypt reunited for a handful of live shows, and have continued to play occasionally since. In 2015, Reis and his Swami label resurrected a long-lost project in which RFTC recorded a collaborative album with Sonny Vincent of the influential New York punk band the Testors. Assembled from abandoned sessions recorded in 2003, Vintage Piss was released in April 2015. ~ Matt Carlson, Rovi