Marlon Hammer‘s music combines poetic images and fable constellations. He captures his audience with his extraordinary voice and performance. 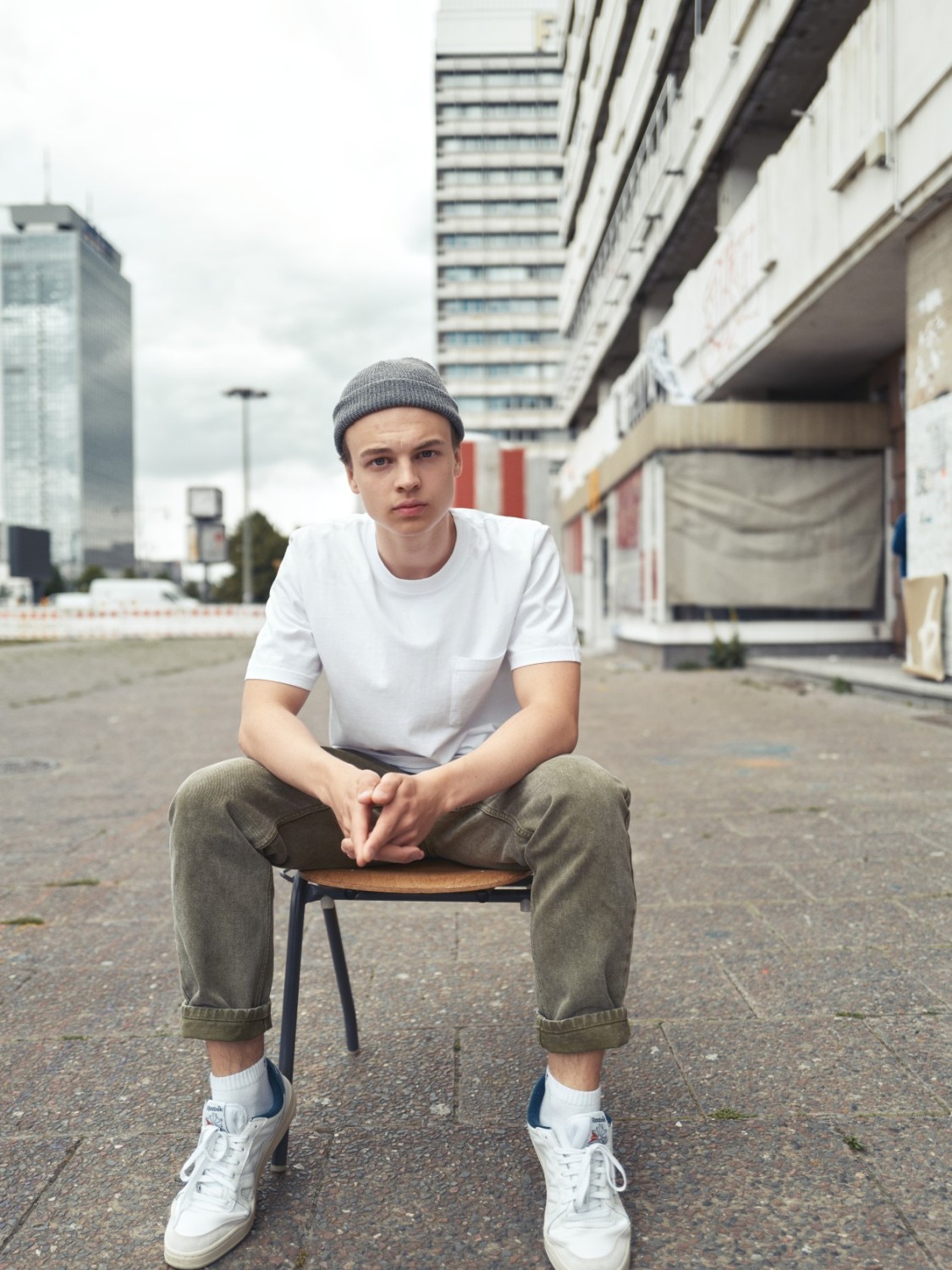 Marlon Hammer is 17 years old and loves music. That in itself is nothing particularly unusual for people of his age. However, not many teenagers write their own songs at such a young age – songs of such musical diversity and complexity that they might bring back memories of the Arctic Monkeys or even Queen.

Marlon does just that! And he combines this music with his lyrics. Sometimes unwieldy like a young Grönemeyer, sometimes lyrical like a Japanese fairy tale. For days on end, he tweaks his verses, creates cross-references between his songs, works his fingers to the bone on individual words and phrases in a mountain of paper, creating his own world in which he knows his way around like no other. He takes a very close look. A profiler with an astonishing output. Mentally he is already on his third album, he says.

Marlon has been playing the guitar since he was 12 years old. Not long after playing the first chords, he started composing his first songs. Using these pieces, he went to the pedestrian precinct of his home town Bochum and performed them in front of the people, whether they wanted to or not – performing with a self-confidence that is so characteristic of him. That yielded not just a few Euros here and there, but above all experience with passers-by, audiences and … stories. Stories he was able to use in future songs.

Without further ado, he taught himself to play the piano in the last two years. It simply interested him. Meanwhile, the piano has also become part of his musical identity. A little bigger and louder than the guitar, but just as much a reason for Marlon‘s unique voice. Anyway, this voice. A voice quality that one would not readily think such a young person capable of. Deep and warm, sometimes screeching loudly, sometimes quiet and cracked. - Marlon works through the entire range of emotions and it is impossible to elude that. Marlon is hypercreative. He is always five to ten songs ahead of the rest of us. This year he will finally release his own music. This year he will finally perform on real stages. This is what he‘s always wanted to do! His time has come.