Formed in 2015, the five-piece band successfully managed to use the pandemic to hone their debut album. Their wild mix of Gilla Band, Foals and their lyrics already impressed Steve Lamacq at BBC Radio 6 Music. 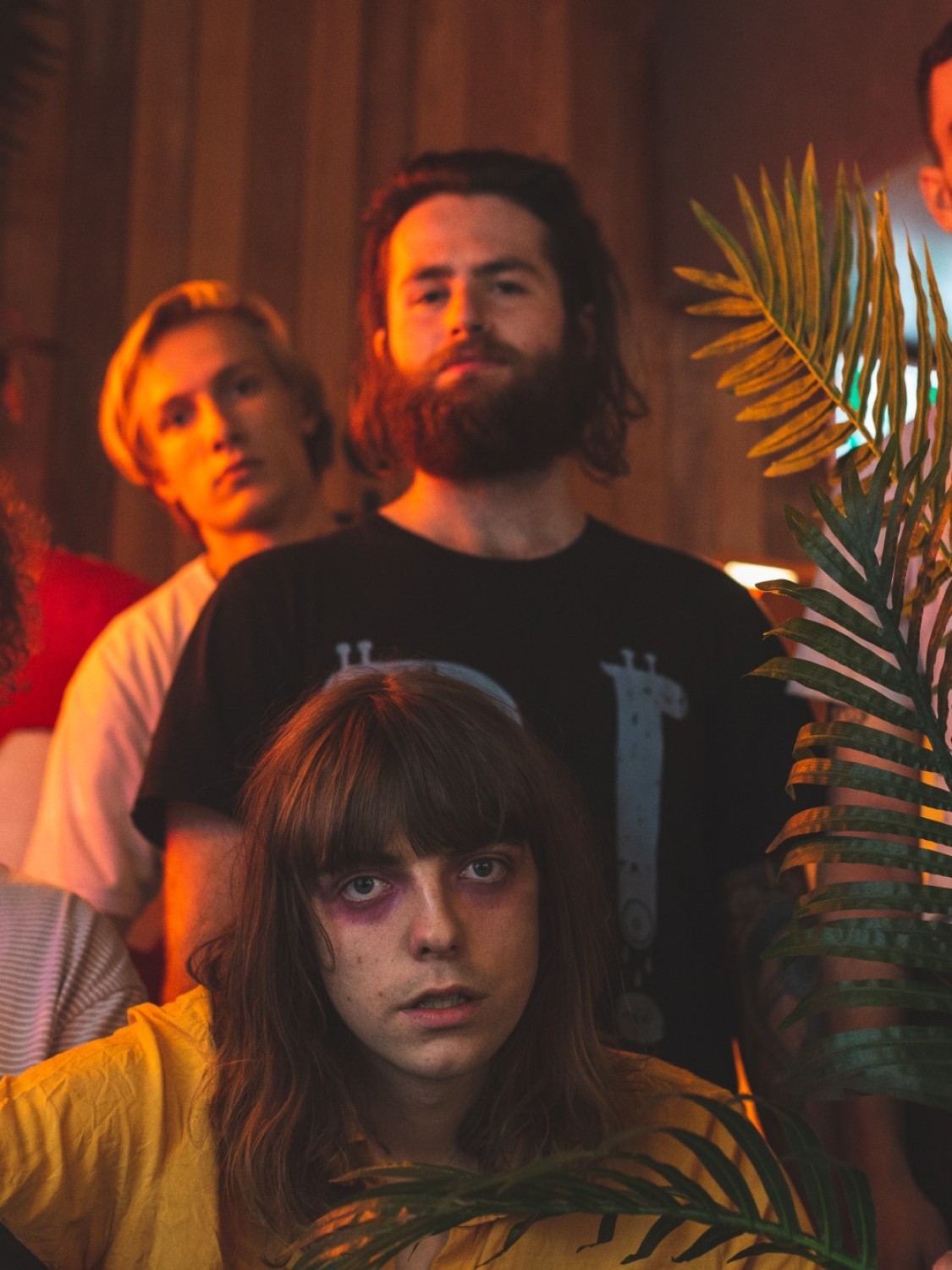 DITZ released their debut EP ‘5 Songs’ for Alcopop! Records in 2020 featuring their singles ‘Total 90’, ‘Role Model’ and their cover of Peaches’ ‘Fuck The Pain Away’.

This received plaudits from some of the UK’s premier new punk bands, IDLES and Slaves, as well as media fuss from DIY, Loud & Quiet, So Young, The Line Of Best Fit and more. Glastonbury Festival emerging talent and Green Man Rising longlisters, DITZ have shared stages with JOHN, Drahla, BDRMM, Crows, Spectres, British Sea Power and The Coathangers, whilst performing at festivals across the UK/EU inc. Best Kept Secret, Left Of The Dial, Festival Transfer and Mucho Flow.

“An erratic alliance between Brutalism and environment, [Role Model] spends its short lifespan roaring and interrogating, brewing dynamism from the bristly undergrowth of seething post-punk.” -So Young

“In and out in just over 90-seconds, [Seeking Arrangement] is a big heavy wallop of sound that’ll club you round the ears and leave you wanting more.” –DIY