Rap for adults? Any kid can do that! But rap for kids—there’s one very special rhino among us who can do that particularly well: DIKKA. The rapping rhinoceros brings along lots of wild, sassy and funny songs for strong children. 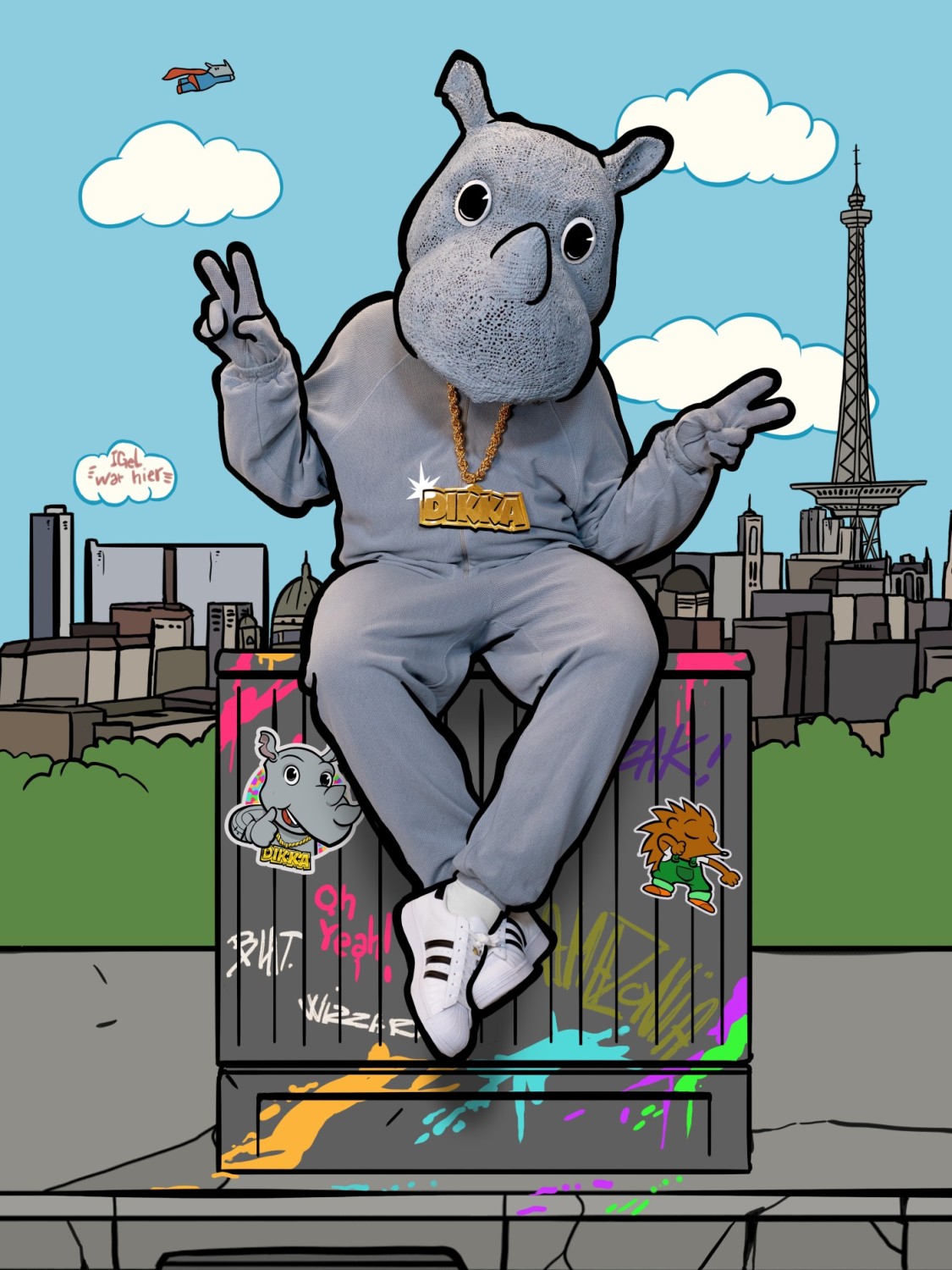 DIKKA is back! After the debut “Oh Yeah!” the rapping rhinoceros released his second album on 26 August 2022: “Boom Schakkalakka”. Again, you’ll find there lots of wild, sassy and funny songs for strong kids—and for their parents as well! Behind DIKKA, by the way, you’ll find Simon Müller-Lerch a.k.a. Sera Finale, one of the most successful German songwriters. The Berliner began his career as a rapper, then formed the Duo Keule together with Claus Capek, before primarily focusing on songwriting starting in 2011.

He celebrated his first successes as an author starting in 2009 with the triple gold album “Schöne Neue Welt” by Culcha Candela and the song “Monsta”, which sold millions of copies. As co-author, Finale was also involved in Number 1 hits like “Je ne parle pas francais” by Namika and “Astronaut” by Sido and Andreas Bourani. For the latter he was awarded the German Music Authors’ Prize in 2017 and 2019 for the most successful works. He has received a total of 50 gold and more than 30 platinum recordings for his work on various singles, albums and best of albums. To date, he has already had 23 top 10 singles and 77 top 100 singles in the worldwide charts. Fourteen Number 1 albums and three Number 1 singles rate among his greatest successes. In addition, he taught creative writing at the BTK private arts university at Potsdamer Platz from 2008 to 2015.

Sera Finale got the idea for DIKKA when listening to music for children with his daughters—and it sounded, much too often, too much like talking down, rather than communicating at eye level with the target group. Together with his daughters, Sera Finale set out to change just that—and for good measure found, after years in which he, as he says himself, “repaired feelings for grown-ups”, a new life’s work and at the same time a topic close to his heart. Namely, together with children, to plant new ideas, look on as they grow, and also to get lots of love in return for doing so.