CRO has succeeded in something only a very few succeed in: he has remained relevant. Even after five albums and more than four million recordings sold, he is still one of the few artists continually exploring the limits of his creativity—whether as rapper, producer, songwriter, designer or somewhere in between. 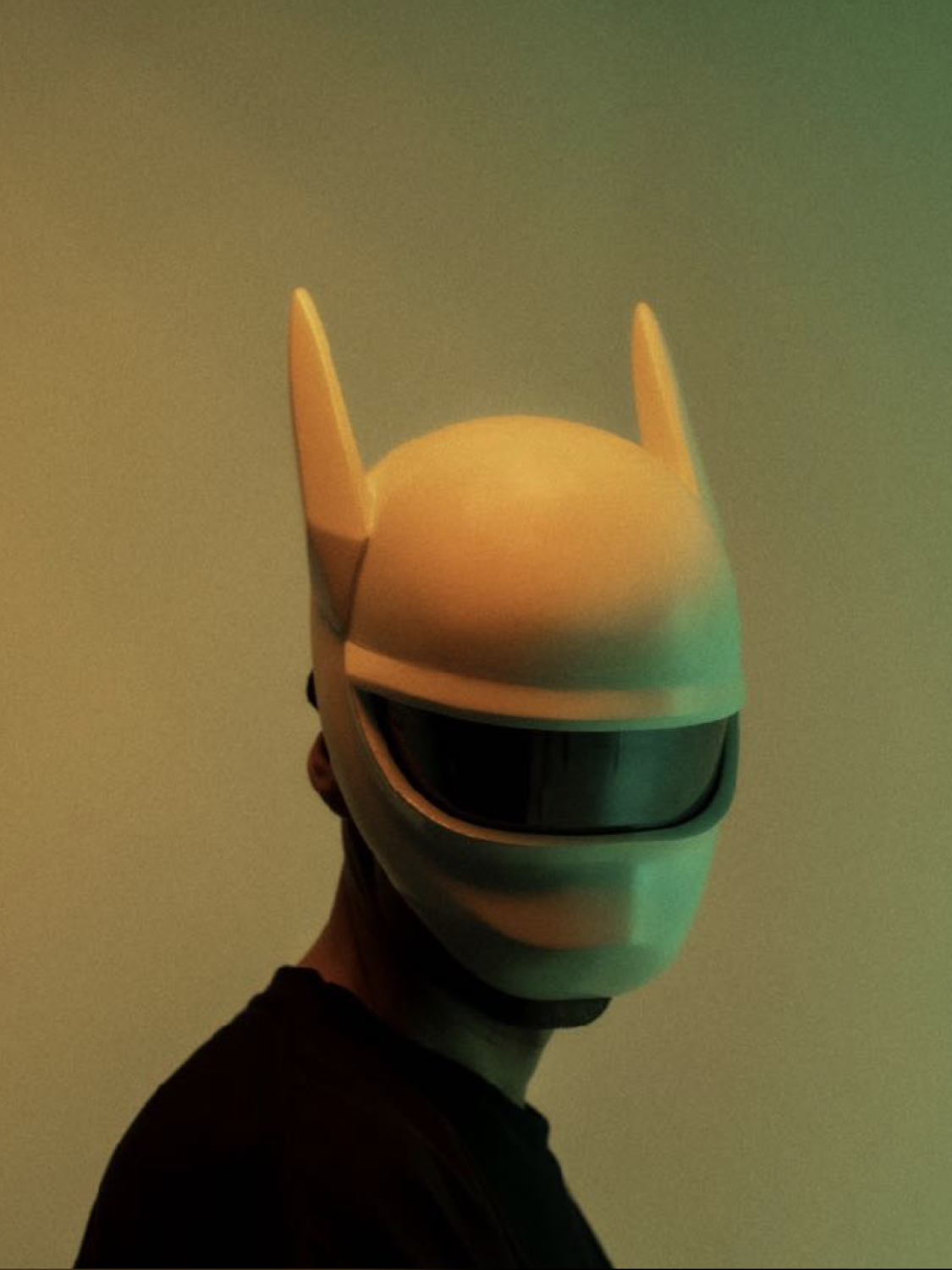 CRO loves creative chaos and the cosmos that can arise from it. If you take a look at the 32-year-old’s oeuvre in recent weeks, months and years, you can’t fail to notice that one single job title for CRO— “musician”—has long fallen short of the mark. But indeed, he has always been an artist whose work is solely the result of a marked and boundless desire for freedom—be it at the microphone, on the MPC, on the projection screen in the studio. On stage or in a virtual, digital space.

Storm and stress, constantly shedding his artistic skin. Developments. Transformations. Even just the mask: iconology and iconography. And at this point it’s been for more than a decade. Any “frame” whatsoever is too small for CRO. To witness that one identity no longer suffices to embody and define everything that makes up this creative border crosser. CARLITO joins CRO; the soul needs space, and content needs a new form. New sign languages.

Particularly in recent years, we were able to watch CRO as he repeatedly, following his own restlessness and agitation, opened up new artistic and creative levels—and in fact far away from all categories and genres, disciplines and dimensions. He is—this is no exaggeration—one of the greatest contemporary artists of our time. Of this time.

Within a very short time he completely sold out his last “trip is (a)live” tour and the upcoming “Coming Home” tour. He cast a spell on more than 140,000 concertgoers, drawing them into his world. He takes charge of the set design for the stages, creating “magic” on stage and in front of the stage. Emotional frenzy. When he auctions off four digital unique copies of his masks as NFTs, he hits the headlines as a pioneer in blockchain technology. Under the alias “CARLITO” he has devoted himself to painting, displaying his artworks last year around the world in the König Gallery and in the Volery Gallery in Dubai.

Analogue and digital, on streaming platforms or on the greatest stages in the country, on the walls of galleries and in the blockchain—it’s all one and the same for CRO. He creates because he cannot not do so. In fact, because he has to. Letting go is difficult and enables this artistic madness—in the best sense—in the first place.

And despite his dizzying creative output: taking time! Consciously being. These are key topics on “Trip” and his current album “11:11”. Two albums in less than two years. Two musical “thought paintings”, so to speak. Introspection. Contemplation. Feeling. Sounding out one’s own position. In the chaos of this world and in one’s own. Finding one’s own poles. Adjusting. Pausing, feeling the ground under one’s feet. The point from which new beginnings can take off. 11:11
Defining this moment. Realising it. Pausing. The number “1” as a symbol for a new beginning. As a point of departure for new cycles and relationships. To others, to oneself, to the whole. Antennae ready to receive. Tuning out the continuous noise, including that between people.

Just in time for 10 years of “EASY”, Cro is the first German artist with his own radio station to share music that has inspired and excited him over the past decade. He talks about his work and personal development that have made him the artist he is today.