The producer and rapper, who’s just 23 years old, already made a name for himself as a young teenager, particularly as a DJ: he was THE young star in the DJ game on the German hip-hop club scene. 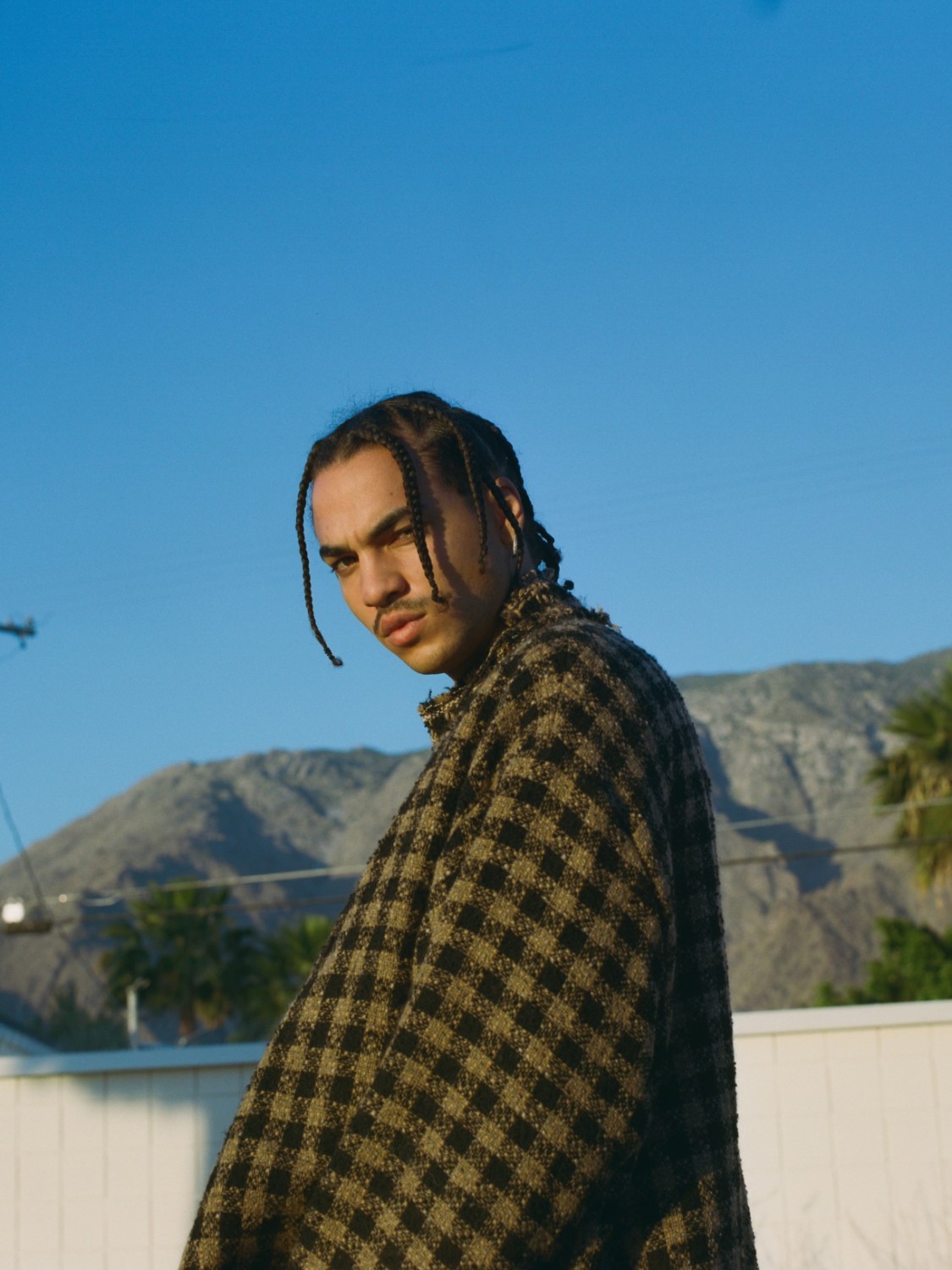 The producer and rapper already made a name for himself as a young teenager, particularly as a DJ: he was THE young star in the DJ game on the German hip-hop club scene. badchieff expanded his creativity to Munich and Hamburg, and beyond the borders of Europe all the way to the States—besides DJ club shows in Paris, London and New York, the man from Munich with West African roots also accompanied CRO on his stay.tru tour in 2018. In March 2019, CRO’s label truworks records announced they were signing the newcomer badchieff.

Musically, badchieff cannot be categorized in any narrow genre. Quite the opposite: he sounds like hip-hop and trap, like punk and soul, but also house and electronica—in short, like all the music that badchieff has heard, lived and made in his 22 years. Be it with his debut EP “1999.jpg” or with his EP “MIGHT DELETE LATER”, badchieff is always ready to push himself to the next level. He already proved that with his debut album “CHIEFF LOVES YOU”, released in September last year. After spending periods in Berlin and Bali, he returned again to his roots for the production, namely to Gröbenzell bei München, where badchieff spent his childhood and teenage years. Besides features with the German rap star CRO and newcomers like Yecca and Babyjoy, badchieff surprised his fans with a Tokio Hotel feature on the song “Sorry Not Sorry”, a true teenagers’ dream.

Early in 2022, badchieff was back together with Majan, CRO, Edo Saiya for the joint love song “Ich liebe …”. The song, which reached number 24 on the charts, is just kicking off badchieff’s coming projects: his story is nowhere near over.

Champion x About You

For the new Linea Rossa Eyewear collection, Prada collaborates in an artistic style with musician badchieff.

Artist badchieff collaborates with The North Face. The North Face launches a worldwide campaign named “Have You Ever”, motivating people to push their boundaries.

Tommy Jeans‘ #createbetter campaign is about the creative process and approach of artist badchieff.

Musician badchieff collaborates with Wrangler. As an icon for denimwear, Wrangler presents “For the Ride of Life”, a global campaign inspired by optimism and the lifestyle of freedom and non-conformity.

Puma x About You

badchieff & WILSN shoot for Puma x About You in LA.